I was already an emotional wreck before I heard that my Grandma was on the way to the hospital. I’d been living on my friends’ couch for a few days. “My living situation was compromised.” When I thought that I was at the max for what I could handle, my mom calls and says ‘the Nurse noticed that your grandma was urinating blood. It was on the toilet seat. She is on her way to the hospital.’ I knew right away what that meant.  There are not many reasons why one urinates gross blood. I knew that my family had no clue, but I knew my Grandma had cancer. I knew.   Heavier load dropped! Right then.

I was already having a hard time focusing at work. I was finishing up my day shift, transitioning into the night hours of my 30hr workday. I met my Grandmother and father in the ER. He quickly left the room to grab dinner. That left me to answer the questions that the ER Physician had for her. Left me as her sole support. My Aunt arrived about a hour later and I sat and chatted with her until it was time for me to start the night shift.

My co-resident calls and says he’s ready for sign out. He tells me about the patients I’m responsible for that night and he hands me a new admission to complete. What?! I had things to do! It didn’t matter that my Grandma was already at the hospital awaiting her CT scan that I already knew would say she had a bladder mass. It didn’t matter that I was her granddaughter and that I knew she was scared. Or that I was her granddaughter, and that I would technically be her doctor for the night. What mattered was me learning about all the patients I had to take care of that night and then doing the new admission. That was first.

So I started on the new admission, which was difficult because she knew little of her history. As I was trying to figure out a puzzle, the ER Physician asks… ‘Did you see the CT scan?? She has a bladder mass.’ Well yea, I knew that was coming. Then the question was to admit or not. Technically, “hematuria” can be worked up in an outpatient setting if labs and vital signs are stable. Her vitals were stable. But sometimes it is best to admit a patient (I just called my grandma a patient… get the weight of the situation?) that you feel needs to be linked in to follow-up care… get her all set up and then discharge her. That was the plan. 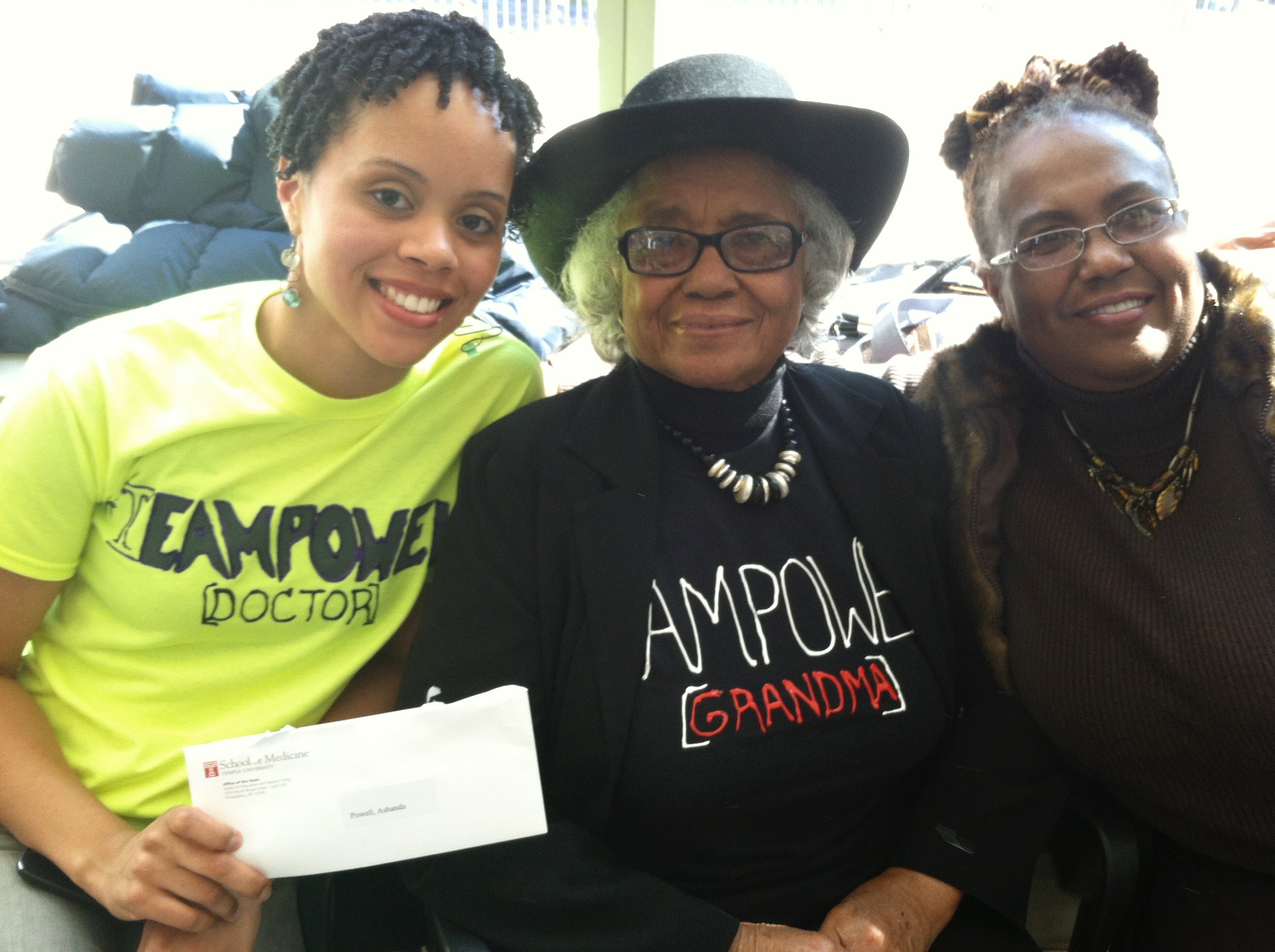 So who was going to admit her? Legally… ethically… idk… I don’t think I was even able to treat her nonetheless admit her. Luckily I had anticipated her admission hours before and asked a co-resident to complete her physical exam and the rest of the charting needed to admit her. He did! Thank you!

BUT…Deep breath! I got this, I kept telling myself. I still had that first admission to finish and for my good composure throughout all of this, I was awarded one more admission. Well thank you. That’s great! (Side eye).

So I finish my admissions, call my Attending to get his approval of my plans. He stops me and says, “Ashanda. Just tell me what you need. Do you need me to come in and see her [my grandma]? Just let me know. I have been in this situation before.” I got this! I’m capable. All the process of becoming a seasoned doctor right? I could have called the Jeopardy resident to come in. I could have. But everything… everyone was stable. I know my limits. I know when to tap out. I wasn’t there.

Plus, my family was really comforted by the fact that I would be staying with my grandma throughout the night. I slept right next to her. On a cot. And she loved every minute of it. But I’m scared for her. I can’t even begin to imagine how she feels. But I hope in the upcoming weeks to months, that as a family that we are doing what she wants.

As a Physician, I have to keep some level of emotional detachment with my patients. It’s a necessity that allows me to perform my job to my best ability. I’ve told patients about their new diagnosis of cancer before, I’ve watched death happen in the hospital, I’ve done chest compressions for patients that would never take a another breath, I’ve seen gunshot victims die on the table… but nothing prepared me for such an attack on my heart. My Grandmother has cancer and I know she’s scared.