Since returning to Baltimore, many have asked me “Why addiction? Why work with this population?”  When I was a junior in college I was going through my first life struggle.  The kind that drains everything out of you.  By the time I returned to Philly for Spring Break, I already knew what was going on.  But words didn’t prepare me for what my eyes saw and what my entire body would feel as I stood in the middle of it all.  A safe place became a source of pain.  Watching a loved one in paranoia succumbing to an addiction… in a house that is completely torn apart is a vision that I will never forget.  And at the same time being the sole believer that someone I loved (who also had a genetic predisposition to addiction) was starting to show signs of a problem was hard (for lack of a better descriptor).

I should have went to therapy, which I tried.  But a family member tried to script my sessions which made it very uncomfortable for me.  So I stopped and instead I decided (months later, after I had partially healed) to find work in the field of addiction…simply to help me understand it.  I finished college a semester early, so I had the opportunity to work as a research assistant in addiction that last semester.  After graduation, my boss helped me find a similar position in Philly.  As I look back on that experience, I’m forever grateful.  Addiction Medicine is a fairly new field (outside of Addiction Psychiatry) and my experiences are what made me a good candidate for the Fellowship.  10 years ago, I wasn’t planning to be an Addiction Specialist… but here I am now, in training.

Everyone knows the irony of “Baltimore. The Greatest City in America.”  Its a pretty easy history lesson to understand how Baltimore (and other urban cities… northern and southern) failed.  From my addiction perspective here are the facts of part of Baltimore’s failures (reported by the Maryland Department of Health through March of 2017) 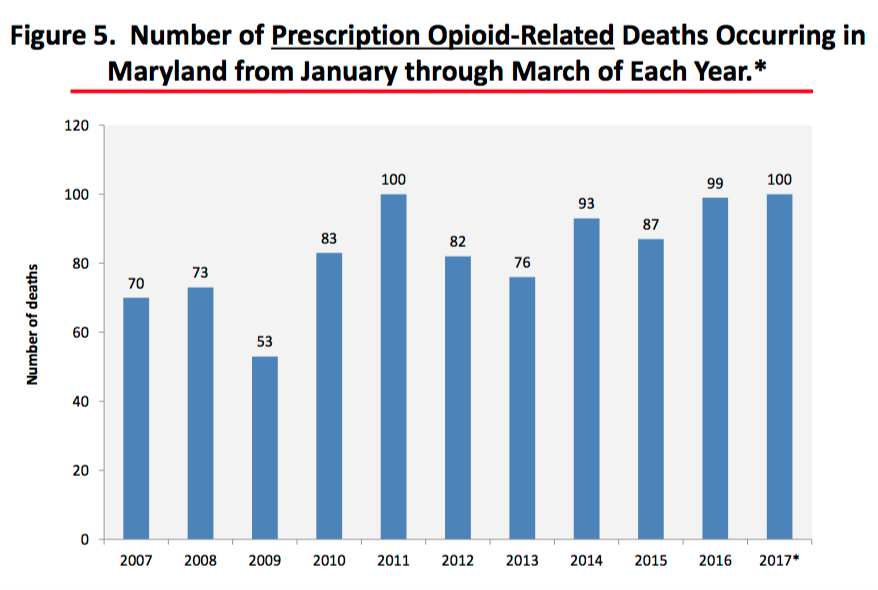 Prescription opioid deaths have been stable for a few years… yet still an obvious problem. 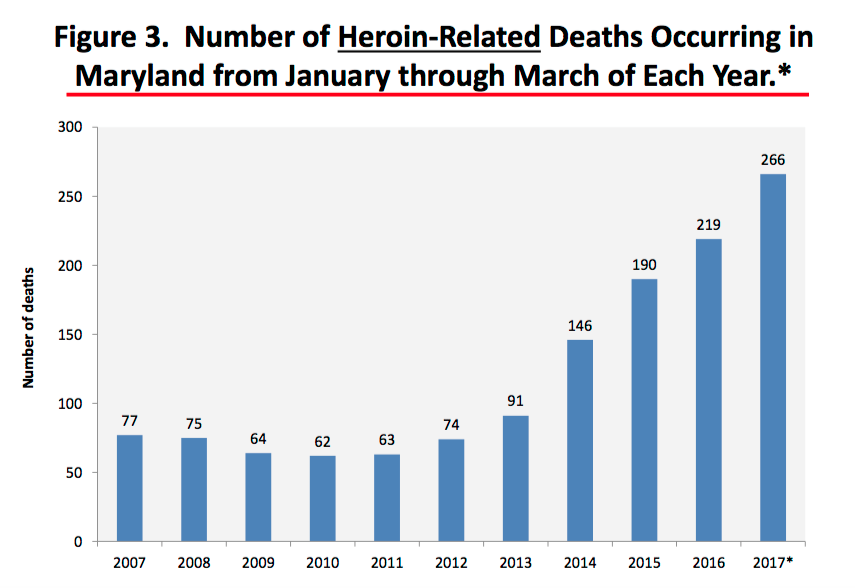 Hmmm… well that increase is substantial. 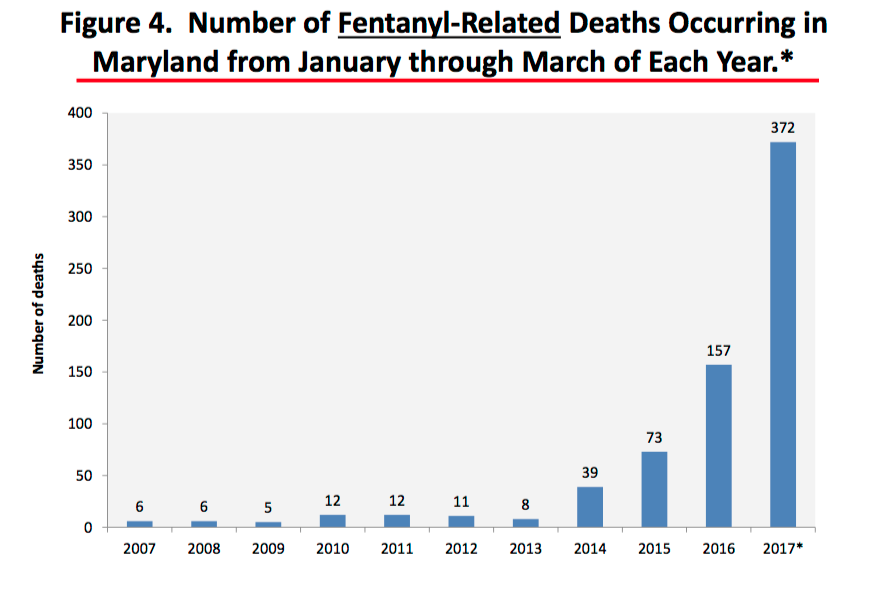 Hmmm…  Within the past year deaths from fentanyl have doubled and this data is only through March of 2017.  This is what the addicts I treat fear the most.  “Heroin just isn’t the same anymore.  You never know what you will get.  Now they’re putting that stuff in it… that fentanyl.  And I don’t want to die.”  But fear isn’t a cure for addiction.

In 2016, there were 2089 deaths from drug and alcohol related intoxication.

Well now we treat it… well some of us do, while others believe treatment in itself is an addiction.  Treatment is an improvement from the previous method of throwing addicts in jail.  But treating addiction isn’t treating the ills of society. Treatment helps people become more functional members of society, if they have the will to do so.  But treatment doesn’t stop the drug dealer from offering you drugs as soon as you step out of your treatment center, it doesn’t open doors for you to get a job, it doesn’t change your housing situation, it doesn’t stop the triggers.

I’m all for treatment! But there’s a long way to go to tackle this not so new epidemic.  I’m hopeful that by allowing more Physicians to be trained in Addiction, better resources and treatments for addicts will be developed.  But right now, its tough.  The resources just aren’t here yet.